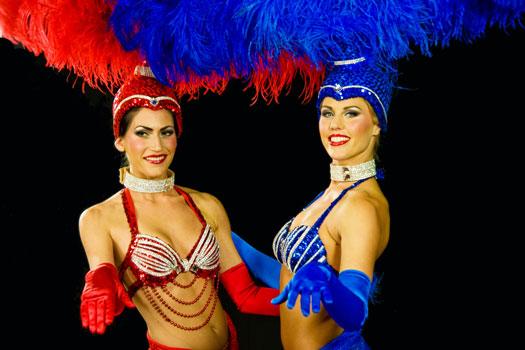 So many shows, so little time. Spending a long weekend in Sin City? Turnt Up Las Vegas has handpicked a few shows worth seeing while you’re here.

It’s an oldie but a goodie. There is a reason this show has been around forever (or at least it seems that way). The show stays up to date with current references and finds a way to reinvent itself year after year. Besides, seeing this show is just part of the quintessential Vegas experience.

Unless you’ve been living under a rock, you’ve heard about Mr. Copperfield. He used to host television specials highlighting some of his greatest optical feats, and now you can see his illusions (and try to figure out how he does it) up close in an intimate theater at the MGM Grand.

Even if you weren’t a huge MJ fan back in the 80s, it’s hard not to enjoy yourself at this show. Cirque acrobats perform some seriously crazy stunts to both his well-known hits like “Beat It” and “Thriller” in addition to some lesser-known fan favorites like “Stranger in Moscow”.

This legendary duo have been entertaining audiences in Vegas for years. Their show is a blend of political commentary, stunts, and illusions. If you’re lucky, they will even share a few insider secrets about how their tricks are performed.

This 2-hour rock concert covers all the classics including songs from The Who, Led Zeppelin, Jimi Hendrix, Journey, Queen, AC/DC and many more. Even better, the band is made up of some of the best musicians of our time like Stephanie Calvert of Starship, Hugh McDonald of Bon Jovi, and Howard Leese of Heart and Bad Company.

If you’d rather spend the night raging, hop on a party bus in Las Vegas! You’ll get turnt up at three different clubs, enjoy comp drinks during the bus rides, and have a memorable night like no other. Give us a call at (702) 843-0525 or book your tour online!