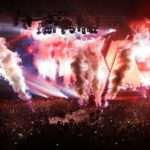 February Concerts and Shows in Vegas

January 24, 2017 9:00 am Published by turntuptours Leave your thoughts

The hottest musical acts and shows will be appearing in Las Vegas during February. While planning your Las Vegas club crawl, remember to buy your tickets and pack your bags as soon as possible because these shows are likely to sell out very quickly. Britney Spears During the first week in February, Britney Spears will [..] 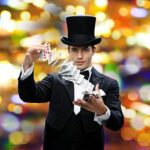 Most Affordable Shows in Las Vegas

November 1, 2016 9:00 am Published by turntuptours Leave your thoughts

Let’s face it, guys, Vegas can be an expensive city. But that doesn’t mean you can’t still have fun. In fact, there are plenty of shows going on that won’t burn a hole in your wallet. Next time you come to Vegas, Turnt Up Tours Las Vegas recommends the following affordable shows. Blue Man Group [..]