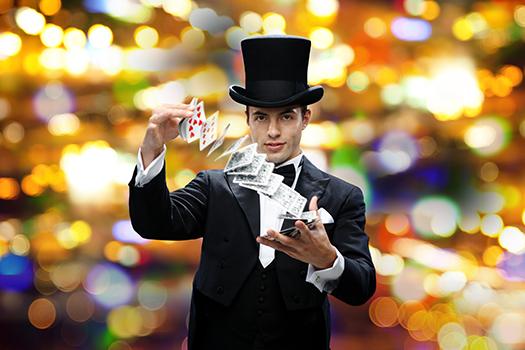 Let’s face it, guys, Vegas can be an expensive city. But that doesn’t mean you can’t still have fun. In fact, there are plenty of shows going on that won’t burn a hole in your wallet. Next time you come to Vegas, Turnt Up Tours Las Vegas recommends the following affordable shows.

Experience a party atmosphere inside of a theater when attending a performance by the famous Blue Man Group, which features smoky drum beats and humorous interactions between the group and the audience at the Luxor hotel. Tickets are an average of $64 for a performance that lasts 90 minutes. The award-winning production involves innovative instruments and has been running for over 25 years in Las Vegas.

The iconic show Jubilee is a performance that features 100 showgirls and showboys that dance to different historic storylines that include the sinking of the Titanic and the tale of Sampson and Delilah. The 95-minute performance is glamorous and has recently been updated with the help of Frank Gatson Jr., who is known as the creative director for Beyoncé. Tickets for the show start at $49.

Menopause the Musical incorporates jokes about hot flashes and mood swings into its show and is only $62 per person for a ticket. The theatrical plot is about four different women who are shopping in a department store as they attempt to purchase a lace bra and begin to have various side effects of their menopause. The women begin to form a sisterhood and share a bond that provides the audience with plenty of laughs concerning what it means to be a woman.

Listen to the top hits by Rod Stewart from past decades at a concert where he’ll give a passionate performance and will show off his soulful voice. As a Rock and Roll Hall of Famer, he’ll put on a show that allows the audience to interact and sing along to songs that include “Maggie May,” “Hot Legs,” and “You’re in My Heart.” Tickets start at $69 per person at the Colosseum stage in Caesars Palace.

After catching some amazing shows, why not cap off your evening with a Las Vegas party bus tour? Our party busses are equipped with everything you need to celebrate your wedding, anniversary, birthday and graduation, and we even get you into some clubs for free. Call 702-843-0525 today to learn more about our club crawls.