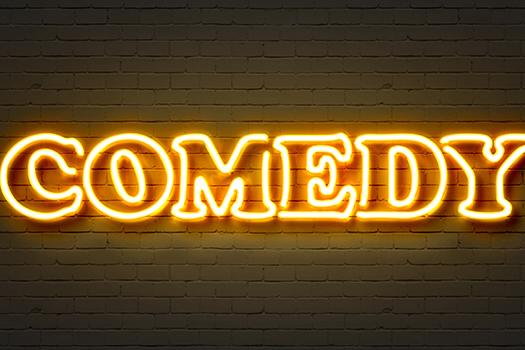 1. Jeff Civillico: Comedy in Action at The LINQ Hotel & Casino

Jeff Civillico works hard to make the audience laugh while performing effortless tricks that include riding on a unicycle and showing off his championship juggling skills. The comedian will leave you impressed with his impressive hand-eye coordination while also giving you plenty to laugh at with his sharp wit. He’s even known to perform high kicks and wedgie pulls in a hilarious Las Vegas show that offers family-friendly entertainment.

The Mac King show combines both comedy and magic in a retro showroom where he shows off his flawless tricks. The performance is ideal for people of all ages with tricks that entertain kids and jokes that adults will enjoy. The show even involves live props that include goldfish, bears, and guinea pigs.

Everybody Loves Raymond fans can get a chance to view one of the top stand-up shows in the city where actor Brad Garrett uses his natural humor to tell jokes at the MGM Grand. His comedy club even features different opening acts to warm up the audience each night.

4. Lipshtick Comedy Series at The Venetian

Female comedians let lose at the Lipshtick Comedy Series with a lineup that showcases some of the best chicks in comedy including Jennifer Coolidge, Whitney Cummings, and Garfunkel and Oates. The stand-up comedy is typically based on personal experience and pop culture references that will have the audience rolling in the aisles.

Head over to the Luxor to see Carrot Top perform his renowned slapstick comedy skits while showing off his wacky inventions and crazy orange hair. He’ll even give his commentary on world events, NASCAR and celebrities with his signature sarcasm.

In case you are here to party, though, remember to call Turnt Up Tours for a good time. We provide party bus limo services that help tourists celebrate their birthdays, anniversaries and bachelor parties in style. Call (702) 843-0525 to book your tour today.