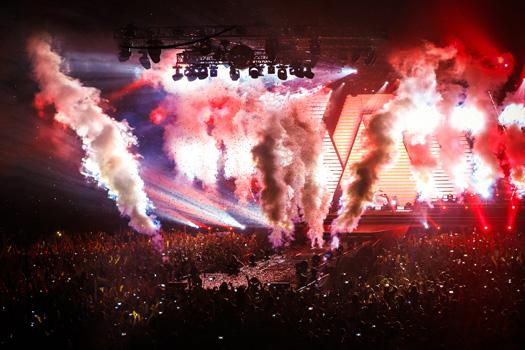 The hottest musical acts and shows will be appearing in Las Vegas during February. While planning your Las Vegas club crawl, remember to buy your tickets and pack your bags as soon as possible because these shows are likely to sell out very quickly.

During the first week in February, Britney Spears will finish out her shows at the Axis Theater in Planet Hollywood. This pop diva is sure to amaze crowds with her singing and dancing skills. This show will feature some of Spears’ greatest hits of all time along with wild dance routines.

“Because You Loved Me”, “The Power of Love” and “My Heart Will Go On” are just a few of the songs that Celine Dion may perform at The Colosseum in Caesars Palace. This residency show is sure to delight audiences during the first week in February.

If you want to celebrate Valentine’s Day with more than just a candlelight dinner, then consider seeing Le Rêve. Based loosely on the Picasso’s masterpiece by the same name, this show focuses on the strength and talent of what a human body can do. Take someone special to see this show at the Wynn Theater.

Audiences laugh until their sides hurt when they watch Menopause the Musical at Harrah’s Cabaret. This show promises that you will never look at hot flashes, mood swings, memory loss and weight gain the same way ever again.

Grab your girlfriends and head to see the Chippendales at the Rio. These men will amaze you with their dance routines as they act out some of the wildest female fantasies ever to hit the stage.

See these great shows in Las Vegas this February, but don’t forget to make time for a traditional Vegas club crawl. Call Turnt Up Tours at 702-843-0525 today to book your exclusive Vegas party bus tour today.