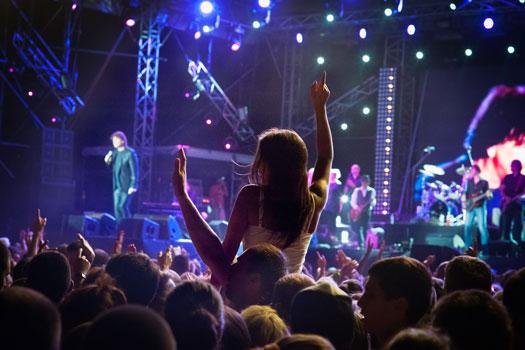 In addition to taking Las Vegas bus tours, tourists can enjoy any number of musical acts along the Strip. If you’re lucky enough to visit Sin City this December, purchase tickets to any of the following big-name performances.

Purchase tickets at Caesars Palace to attend an impressive concert in The Colosseum at the end of December. Elton John will perform on a Yamaha piano that is specially engineered with 68 LED video screens to ensure that fans enjoy dramatic imagery that matches the tone of each song. The iconic musician will be accompanied by his band with Davey Johnstone on guitar, John Mahon on percussion, and Nigel Olsson on drums.


Olivia Newton-John will be performing at the Flamingo Hotel from December 1-3 in the Donny & Marie Showroom. You’ll hear her greatest hits that were played on the radio during the ‘80s and ’90s with songs that include “Have You Never Been Mellow” and “I Honestly Love You.” Grease fans will also get to enjoy a few songs from the hit film including “Summer Nights” and “Hopelessly Devoted to You”.


R&B fans who follow Boyz II Men can visit the Terry Fator Theatre at the Mirage to attend a live performance that will include hits songs like “It’s So Hard to Say Goodbye to Yesterday,” “End of the Road,” and “I’ll Make Love To You.” The concert will feature the men dressed in matching suits with original dance moves. You can catch their performance from December 23 to December 25.


The Righteous Brothers are scheduled to perform at Harrah’s Las Vegas from December 14 to December 17 and will bring their iconic “blue-eyed soul” sound to the venue. Fans of the ’60s music will hear tunes that include “You’ve Lost That Lovin’ Feelin’,” “Unchained Melody,” and the Grammy-winning song, “The Time of My Life.”

Then again, what’s the point of coming to Vegas if you aren’t going to party? Check out Turnt Up Tours for all of your Las Vegas bar crawl needs. Call (702) 843-0525 today to ask about our tour package and book your own party bus.