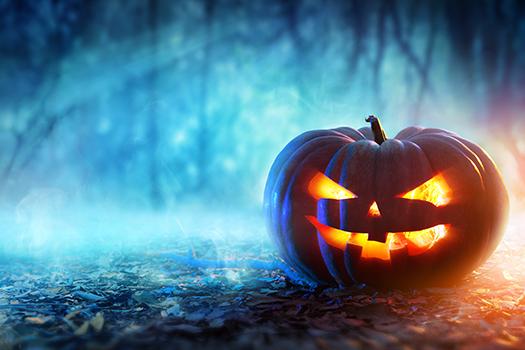 While you may be planning a Las Vegas club crawl during your trip to Sin City, there are plenty of other exciting things to do. In fact, if you’re visiting during the month of October, you should check out the following eerie shows.

Known as the scariest show in Las Vegas at the Tommy Wind Theater, Evil Dead The Musical 4D is performed throughout the month of October and sets the scene of an abandoned cottage where five students attempt to escape from demons. There’s even a splatter zone during the performance where the audience is hit with a few blood drops that come from the stage.

Visit the Saxe Theater during the month of October to watch a performance that features plenty of zombie hotties that entertain audiences with their top-notch singing and dance numbers. Guests will also enjoy a live big band on a stage that has been transformed into 1958 Las Vegas.

Watch supernatural magic tricks from a talented illusionist that puts on a performance that is a combination of The Matrix and The Crowat the Luxor. Laser explosions, a straightjacket escape, and levitation will all be included in the act, and if you’re lucky enough, you could be chosen as a volunteer.

Gerry McCambridge continues to astound the crowd with his live performances in Las Vegas where he uses a combination of magic, comedy, and hypnotism. He’s known for predicting what audience members will do next at an eerie show that is perfect to see at Planet Hollywood.

International mentalist Frederic Da Silva entertains thousands of people with each show that puts his hypnosis skills to the test. He’s also known for performing a number of magic tricks and spooking the audience with his paranormal abilities that defies belief. The show is hosted on multiple days in October at Bally’s Las Vegas for those who want to see a jaw-dropping performance.

Once you’ve seen some of these exciting shows, remember to book a party bus tour for your club crawl. Turnt Up Tours offers exclusive party bus tours to some of the hottest clubs in Vegas, and we even throw in some complimentary drinks. Go online or call us today at (702) 843-0525 to learn more about our services.